Who doesn't like Reggae? And who doesn't like Radiohead? Put those two together and you have Radiodread: an album of reggae covers of every song from Radioheads masterpiece, OK Computer. OK Computer still remains one of my favourite albums. It's generally recognised as one of the great records ( https://www.telegraph.co.uk/culture/music/music-news/8219786/Radioheads-OK-Computer-named-best-album-of-the-past-25-years.html ). I first came upon Radiohead via The Bends, a much more guitar oriented rock record. OK Computer was released in 1997 and seen as a significant departure from The Bends, with more keyboards, electronic sounding drums and lyrics reflecting feelings of alienation. I seen them in Ottawa on the OK Computer tour and they were a fantastic live band. Radiodread, by the Easy Star All Stars, is a track by track take of OK Computer with all of songs recorded by reggae artists The reason this works so well is due to the fantastic songwriting of Radiohead. Thom
Post a Comment
Read more 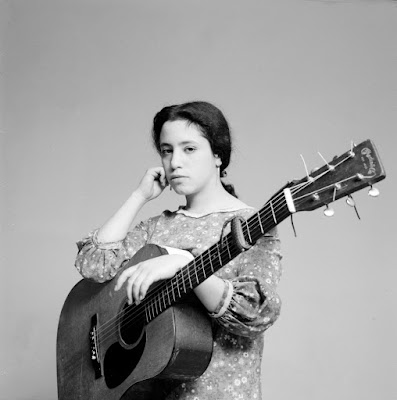 As a child growing up in the late Sixties/early Seventies in Scotland, my first access to real music was through my older brothers record collection. Sharing a bedroom, I would sneakily play his LPs whenever he wasn’t home. His collection ranged from Genesis (Peter Gabriel era: Nursery Cryme, Foxtrot, Selling England by the Pound), David Bowie (Hunky Dory/Ziggy Stardust/Aladdin Sane), Roxy Music(For Your Pleasure, Stranded, Country Life). Among those progressive and glam rockers, were records by Janis Ian. Known as a singer songwriter/folk artist, many of her songs feature a smoky jazz tinged feel, with upright bass and drums played with brushes. I still have no idea how my brother would have come into contact with her music. Can’t remember exactly which of her records he actually had back then: might have been Stars or Between the Lines. I was more a fan of the loud guitars and heavier rock which were everywhere back then but something about Janis’s pared back approach really app
Post a Comment
Read more

I first became aware of Jim White via a strange documentary: Searching for the Wrong Eyed Jesus. It has a strange, Deep South kind of gothic adventure vibe. Lots of confusing video and tremolo guitars: Jim White and his music were featured heavily - his first album is actually called Wrong-Eyed Jesus. I love his off-kilter approach to creating music. You never know what you're going to get. To my ears, he doesn't really sound much like anyone else.  This is a track called Jailbird from his Transnormal Skiperoo record:
Post a Comment
Read more

I've long had an interest in learning violin.I'm a long time guitar player and I've fairly recently (within the last 5 years) learned to play mandolin. Mandolin has the same tuning as the violin. To me, the violin is King of the acoustic instruments: you can play any style of music on it. I recently rented a violin from Long and McQuade and I've been trying to pick out various melodies on it. It's a tough slog: why no frets!?!?!? Anyway, I've been listening to and watching lots of Youtube videos. I've grown to love the playing of Martin Hayes. I love how he always emphasises the melody and doesn't overwhelm it by playing super fast or leaning on too much ornamentation. He's the Man!!
Post a Comment
Read more

Stone Temple Pilots - killer band! Currently digging on this track We played a couple of their songs in our cover band, but it was impossible get close to the range of tones they used. It's only when you try to play a song like this that you realise how heavily processed a studio sound they had. Check out that chill intro sound with the quiet Dobro slide, acoustic guitar and drums. Then the giant chorus with multiple guitars, huge drums etc. Anyway, still love Stone Temple PIlots.
Post a Comment
Read more

How songs come together

October 21, 2016
I recently discovered this great website which deconstructs how songs come together. It frequently features the (main) artist, the producer, band members, and often early demos of the original track. Fascinating stuff if you're interested in the "strange brew" which can lead to wonderful, original songs: http://songexploder.net/ You can probably find someone you like on that list. I'm a big fan of KT Tunstall, and I really enjoyed this episode on her song, Suddenly I See: http://songexploder.net/kt-tunstall
Post a Comment
Read more

Just discovered a new band via Spotify - Kaleo. Was listening to the Black Coffee and Gritty Blues subsection. Nice combination of acoustic guitar, blues and slide guitar - and whistling. Apparently they're from Iceland but they're now based in Austin, Texas.
Post a Comment
Read more
More posts

Claypots
Been a music fan my whole life. I like to write and record my own instrumental music. Recently I've become more inclined towards acoustic music and singer/songwriter type material